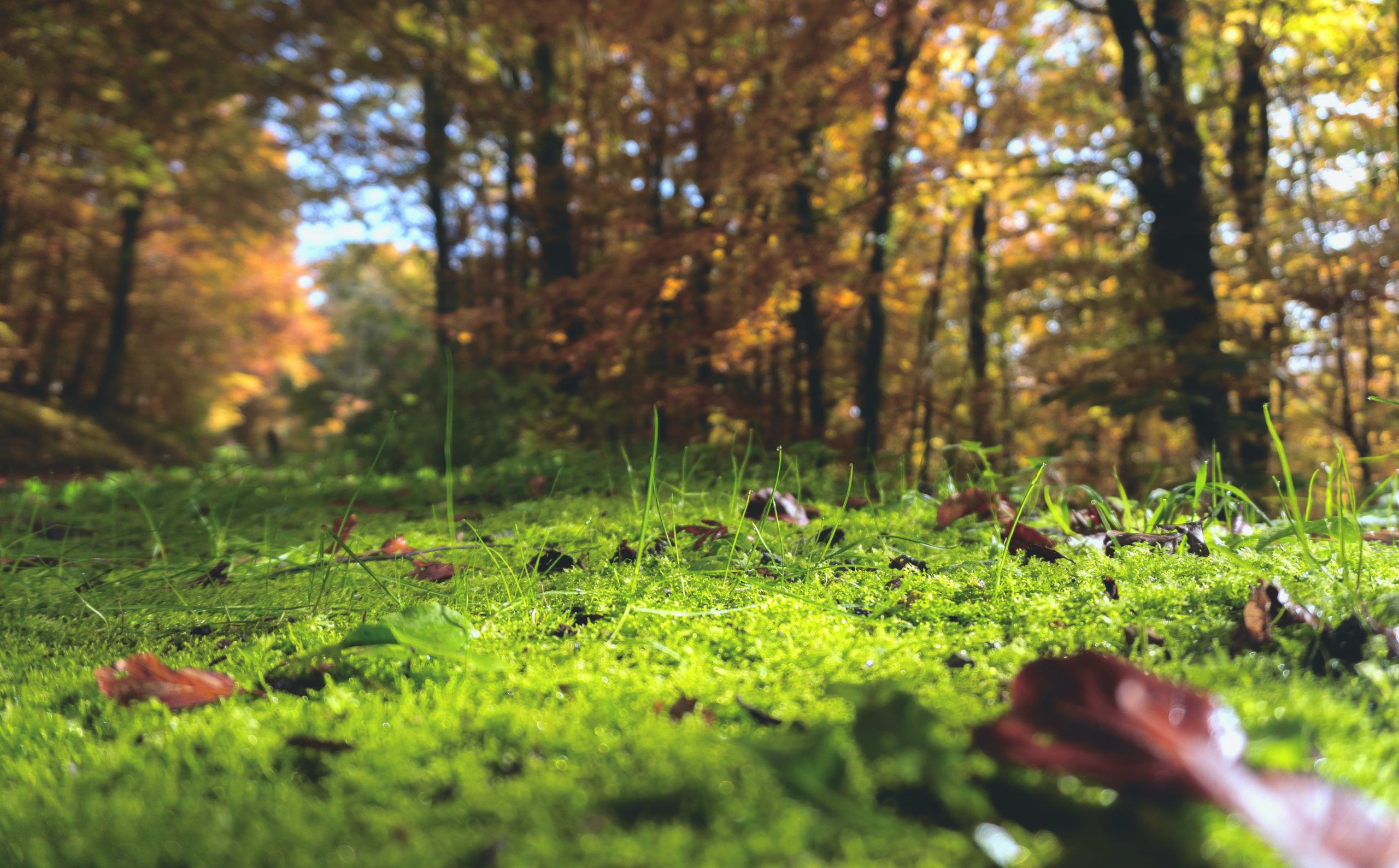 Listening to the words of the president of the European Commission, Ursula von der Leyen, the pandemic is a unique opportunity to build a greener and more resilient Europe through investment and innovation, rather than a threat.

The lockdown imposed by COVID-19 blocked not only our economies and social lives but our urban transport and industrial emissions. 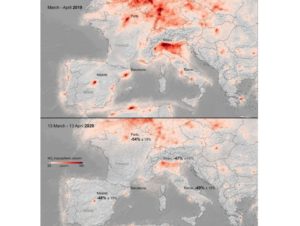 Had this situation lasted for a few more months, we would have had amazing sky views – but our society would have collapsed.

The pandemic has been a black swan, a highly improbable event that impacted our lives on a large scale.

The economic and social consequences will affect us for decades to come, yet more than ever our society has a great opportunity – perhaps a once-in-a-lifetime chance – to dramatically accelerate progress toward achieving global sustainability targets.

Before COVID, one of the most important topics that European institutions and singular nations debated was climate change. 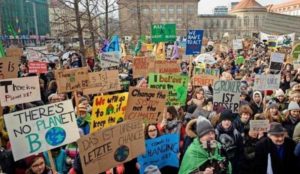 At the end of 2019, the European Commission launched the European Green Deal making green renaissance the main pillar of the future of Europe.

The main goal of the European Green Deal is to limit global warming to 1.5°C. To comply with this limit which was set by the 2015 Paris Agreement, the European Union committed itself to zero net pollutant emissions by 2050 and intermediate targets for 2030 and 2040. This main, cascading objective leads to more specific ones. 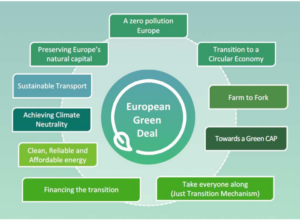 The legislative basis had already taken shape in European Climate Law and discussions about the Just Transition Mechanism – the strategy for a smooth, smart transition – had started in the previous months.

Yet, the rise of the pandemic shook the Europe-wide political agenda from top to bottom and reset priorities across the board.

Healthcare and the economy are actually the political focus for recovery and getting the ball rolling again.

Nonetheless, the Next Generation EU (the Recovery Fund proposed by the European Commission) shows that intentions have not been completely subverted – at least on paper.

The first estimation of the budget allocates a great deal of resources to healthcare, cohesion policies, industry support and digitalisation, but a quarter of the overall amount has been reserved for the European Green Deal.

Even if this is just the phase preceding the Member States’ negotiations, we can already say that the European Green Deal is still at the centre of the EU’s recovery strategy.

But every change will encounter resistance.

In this case, the resistance might encounter a huge number of variables.

The first of which is about what shape and firepower the Green Deal will have after the negotiations.

Indeed, the amount of the proposed budget and how much will be allocated where are actually only mere estimations. Real money, and therefore the real impact, will only be defined after lengthy negotiations.

As you can imagine, industries that will be most impacted by the green renovation have hit back with a solid barrier of resistance. 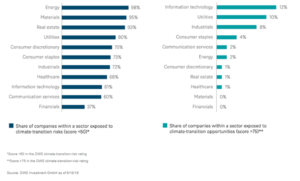 Energy, heavy industries, oil & gas and transportation are some sectors that might see the Green Deal as a threat.

These industries might decide to accept the transition and use the available funds to facilitate renovation, but it is easy to imagine them resisting or even the risk of greenwashing: intercepting big flows of money without taking any real action toward an ecological transformation.

The same goes for every country whose economy is based on coal.

And let’s not forget the joint paper “The role of natural gas in a climate-neutral Europe”, signed by Bulgaria, the Czech Republic, Greece, Hungary, Lithuania, Poland, Romania and Slovakia. These Eastern EU countries expressed perplexities about the green revolution and raised the widespread fear of being left behind without an adequate renovation that involves both the people and infrastructures.

The EU’s answer to these fears is the Just Transition Mechanism.

Considered one of the European institutions’ top priorities, the JTM aims to not leave anyone behind. It will consist of a dedicated budget from cohesion funds and other structural funds to finance the renovation of most carbon-fossil economies, supporting the transition of the labour work force and the shift from high to low-carbon industries.

You can imagine how much focus there is on this point.

Just imagine the devastating impact that the green renovation might have on a peripheral city in a peripheral country where the closure of a steel factory, if not economically supported throughout the transition, could mean hundreds of jobs lost and the disappearance of the local economy.

The biggest challenge might come directly from a EU Member state that might slow down a renovation on purpose even if it is in favour of one.

As I mentioned, the final approval of the European Green Deal budget needs to get the green light from all Member States.

Will all Member States accept increasing their financial commitment to sustain the estimated Green Deal budget?

The answer pivots on the budget’s resources.

Public funds should come from existing structural funds, from state co-financing programmes, from the JTM, from interest rate loans from the European Investment Bank and from InvestEU (previously known as the Juncker plan). 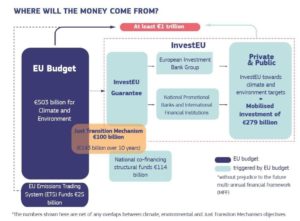 The idea is to use a limited number of public funds, mainly from existing resources, as leverage to attract private investments.

Therefore, even with the additional resources provided by the Recovery Fund, it seems that the margin to operate is extremely limited as there is not a huge amount of “fresh” money in the budget, but previously existing funds will be re-allocated.

Does this mean that the European Green Deal will remain just another pipe dream?

There are strong reasons to believe that the green renovation will go forward despite the difficulties.

Confirming the serious intentions of EU institutions, a series of calls has been already launched in existing EU funding programmes.

In April, the EIC Accelerator, the old SME instrument which finances business ideas submitted by European SMEs, launched the first call for proposals on a Green Deal topic.

More resources will be allocated to the European Agricultural Fund for Rural Development as of 2021 and the Commission proposed a 60% budget increase for the historical programme Life, which focuses on Climate Change and the Environment.

Rather than destroying Europe’s green dream, the pandemic might actually turn out to be a Trojan horse. Never before has so much attention been paid to nature and the vulnerability of human life.

The crisis could have started a great period for addressing environmental and climate issues with a more positive attitude. Therefore, despite all the evidence, this could be a great moment to start preparing and submitting proposals on these topics.